All goals of the last development cycle were met.

Changes to My Ancestor's Path Interface

Improved display of My Ancestor's Path 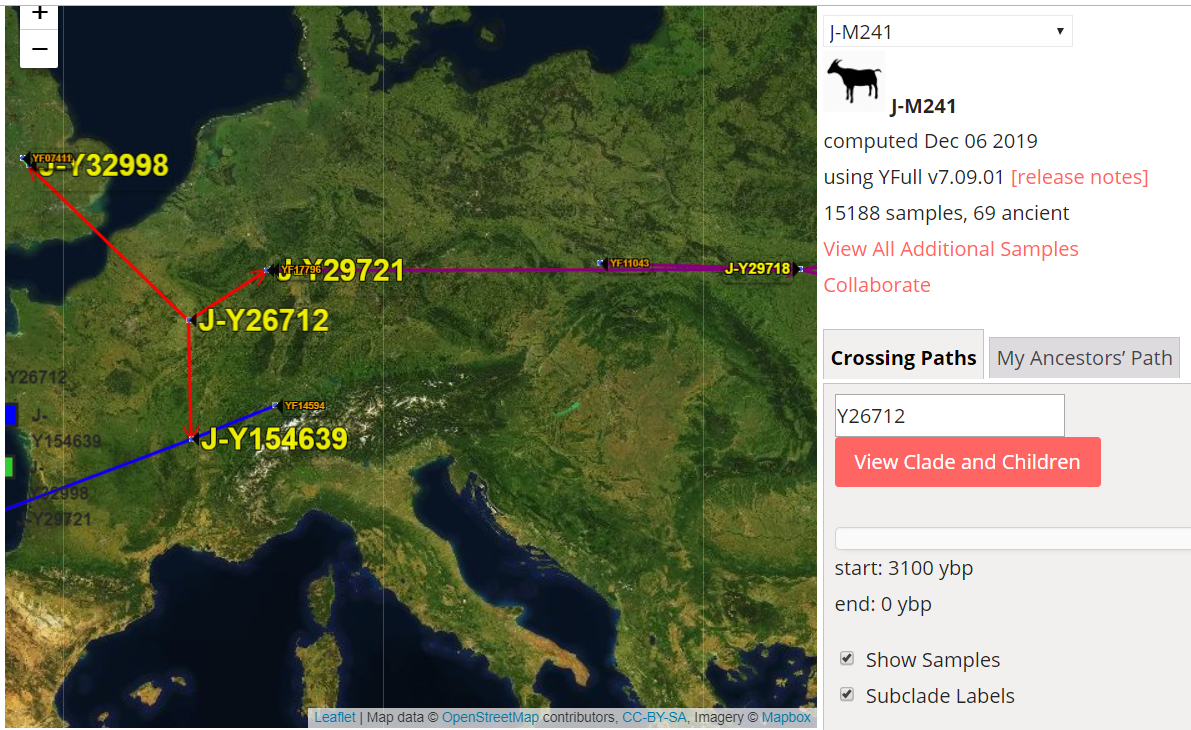 To see all these changes go here and select your haplogroup via the dropdown.

Goals for Next Update

Things on my mind for the future

I appreciate your patronage

I'm able to make this progress because I am not working full time for other people.

The PhyloGeographer project is not funded by any company, agency or institution.

If you want to fund it you can by donating to me here.

I also offer consulting services for interpreting Y chromosome tests and developing a testing strategy to achieve your goals. I charge $40 an hour and charge $40 minimum for new clients. To get started, you can send me your contact information through the comment form on this page.

Check out the services I offer on Patreon, including mapping, articles and sneak preview videos of my development.