"An organised Christian presence in India dates to the arrival of East Syriac settlers and missionaries from Persia, members of what would become the Church of the East, in around the 3rd century.[35] Saint Thomas Christians trace the further growth of their community to the arrival of Christians from the Middle East led by Knāy Thoma (anglicized as Thomas of Cana) , which is said to have occurred either in the 4th or 8th century. [36] The subgroup of the Saint Thomas Christians known as the Knanaya or Southists trace their lineage to Thomas of Cana, while the group known as the Northists claim descent from the early Christians evangelized by Thomas the Apostle." - Wikipedia St Thomas Christians

The J-M241 project has four men in the otherwise mostly European L283 branch who trace descent to Syrian Christians of India, also known as St Thomas Christians. They form a cluster of men with absolute genetic distance of 8-12 at 67 markers (equivalent to FTDNA's genetic distance of 5-8). Their common ancestor may have lived around 1000 years ago, roughly estimated on the basis of STRs.

Their closest relatives are fully formed FGC64029 descending from a man who lived around 70 AD in the Levant. One of the Syrian Christians is positive for Y146401 • BY46462 and negative for the remaining J-FGC64029 SNPs. So the common ancestor of the Syrian Christians of India and the Lebanese FGC64029 lived around 1200 BC.While FGC64029 was most likely living in the Levant around 70 AD, his next closest relatives in the project are Albanian and French (predicted) and their common ancestor lived 1200 BC. We think their L283 ancestors were living in Europe (maybe originally having come from the N Caucasus) based on ancient L283 samples in Croatia and N Caucasus and the greater diversity in Europe rather than other regions.

Since the Levant also seems like a reasonable place from which Syrian Christians may have migrated to India, the simplest explanation is that the common ancestor of J-Y146401 • BY46462 lived in the Levant in 1200 BC. Because the next distant branching point is about the same time and not found in Asia, it is likely that the migration to the Levant took place 1200 BC.

Many theories are viable given this time frame and direction, which corresponds with the Bronze Age Collapse of Mediterranean civilizations. Interestingly, one of the FGC64029 is from Fidar, Lebanon which is only three km away from Byblos, an important city that was destroyed by the Sea People in 1200 BC. Prior to its destruction, control of Byblos had passed from Hyksos to Egyptian hands. 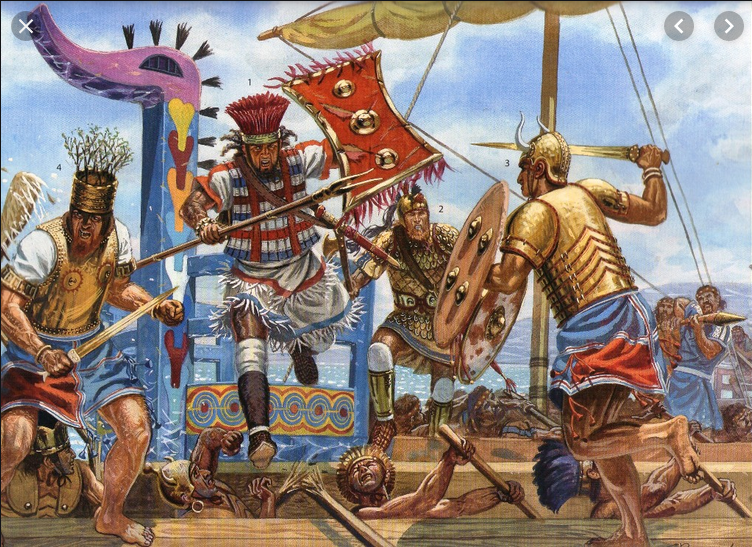 With only one NGS sample from the Saint Thomas Christians of India it is not yet possible to accurately calculate when their most recent common ancestor lived. However, based on the STRs and the fact that they are all Syrian Christians, it looks like the migration to India may have occurred anytime between the founding of Christianity and the 11th century, when the most recent common ancestor of this exclusively Indian cluster may have lived.

Despite one of the surnames of these four living Syrian Christians of India being one which, according to oral history, represents a family of Brahmins who were converted by Saint Thomas, the true genetic origin of this man's male lineage is certainly the Levant.

If living descendants are found somewhere along the path between the Levant and India, we may someday get a better idea of the trajectory that these men's ancestors followed.

This finding suggests genetic continuity of Syriac Rite Christian practice in India for at least 1000 years.

This is one of the most interesting results I have yet found through genetic genealogy.

The YFull analysis has finished. The result is that the most recent common ancestor of the Syrian Christians of India Y146401* and the modern Lebanese/Syrian FGC64029 lived 900 BC. This corresponds to the beginning of the Neo-Assyrian Empire which lasted from 911 - 609 BC.

The culture and language of the ancient Assyrians persist today though most of the Assyrians have migrated to other countries due to massacres and repressive policies of the last century. Most Assyrians retain their East or West Syriac Rite of Christianity. These are the very same churches of the first Syrian Christians in India.

However, despite these circumstantial links to the Neo-Assyrian kingdom, this male lineage has not yet been found in any of the 100 or so modern Assyrians in their public FTDNA project.

The big question is, where was the J-Y14601 common ancestor living around 900 BC and what ancient group would he have been associated with?

That this common ancestor was living in India in 900 BC is out of the question given the geographic distribution of related lineages.

We must take into account that J-Y14601's closest relative J-Y14600* has so far been found only in Europe, in Albania and predicted in a Spaniard. Their next closest relative J-Z2507 appears to have been living in the Balkans by 2400 BC, based on modern distribution that is corroborated by ancient DNA in Croatia dated to 1600 BC.

Given that the origin of Y14600 was most likely European, and within Europe, most likely Balkan, we need to look at Y14601 as a lineage that most likely migrated from the Balkans.

So the Levant origin theory is simpler, requires no back-migrations, and fits archaeological evidence of Bronze Age Collapse migrations from Europe/Balkans to the Levantine coast, perhaps with people known as "Sea Peoples".

The other major drawback of the Assyrian origin theory is that there is no J-Y146401 in living Assyrians.

If Y146401 lived in the Levant, how did one branch of his descendants get to India?

According to Chaldean rite tradition, based on the legend of Agbar and his correspondence with Christ:

"St. Thomas the Apostle, on his way to India, established Christianity in Mesopotamia, Assyria, and Persia"

I additionally read that according to Syrian Christian tradition, he is believed to have traveled by ship to Kerala and was buried atop a mountain there.

I mention this tradition not because it should be taken as fact or evidence, but because the objective circumstantial evidence seems to support the timing and direction.

Given that there are no J-Y146401 among living Assyrians or anyone else in Iraq / Persian Gulf, I think the most plausible explanation is that the Y14601* ancestor traveled by boat to Kerala, sometime after Christianity arose, possibly from the Red Sea as this is close to where these men's ancestors were living in the Levant.

Whether their ancestor was in fact St Thomas or some man who lived at that time or later and migrated to Kerala (possibly via Mesopotamia) I think cannot be reliably known at this time.