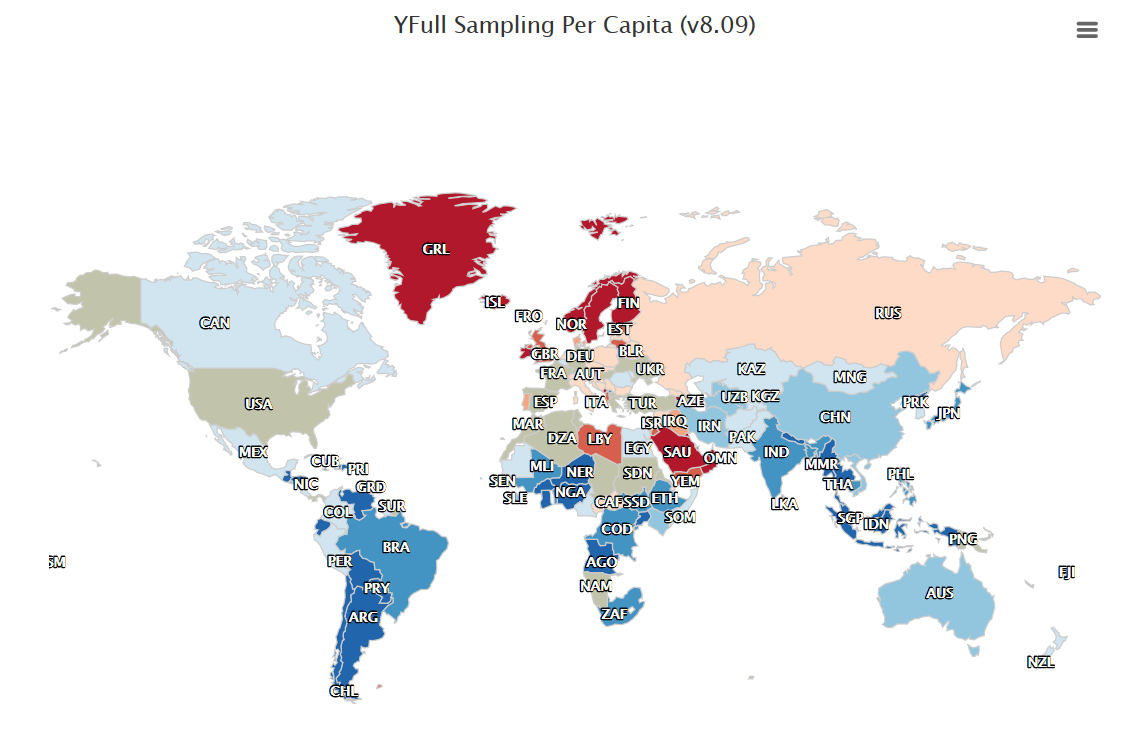 Belgium still lags as one of the lowest sample rates in Europe, ahead of only Romania, Moldova and Kosovo. But it isn't much behind neighbors Germany and France.

Note this is calculation is just the YFull sample count divided by 1960 country populations and is not affected by diaspora effects.

It's worth noting that the entire Middle East is sampled above average except for periphery regions of Turkey, Iran and Egypt.

There are a total of 172 ancient samples which I have tagged with sample age and a location. This information isn't on the YFull tree and researchers must add this manually. If yours is missing let me know.

I have relied on haplogroup researchers to tell me the YFull codes of the ancient samples in their haplogroup, how old the sample is and where it traces descent.

See the samples I have here - https://phylogeographer.com/ancient-samples-map/

In the future it looks like I'll be able to get the sample ages directly from YFull. This is a great development!

Tie between Ouarzazate and Gagaifomauga

Get the most out of your WGS or Big Y test by having it analyzed on the YFull tree.