Of 24316 total samples on YFull, 18833 geolocated and in PhyloGeographer

I noticed Kosovo was not covered by a separate country code on YFull, so I broke it out of the YFull count of Serbia. There was one sample from Kosovo.

I had to read the Highcharts json file to find that the code they use for Kosovo is -99.

I'll figure out how to display a better label later. At least now it's on the map. 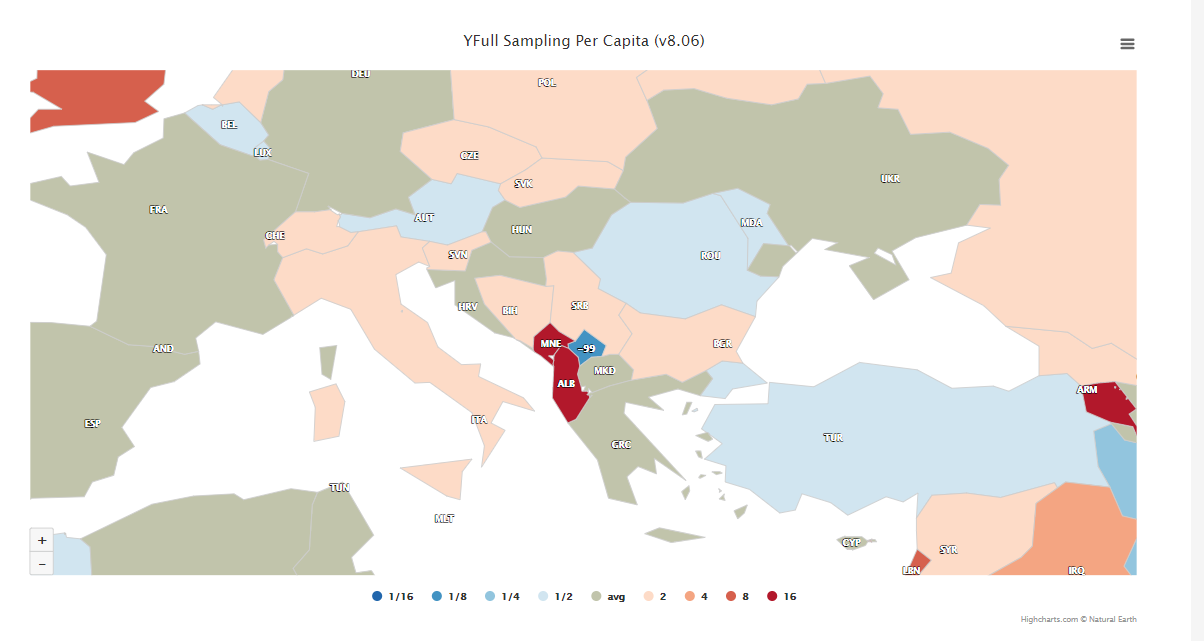