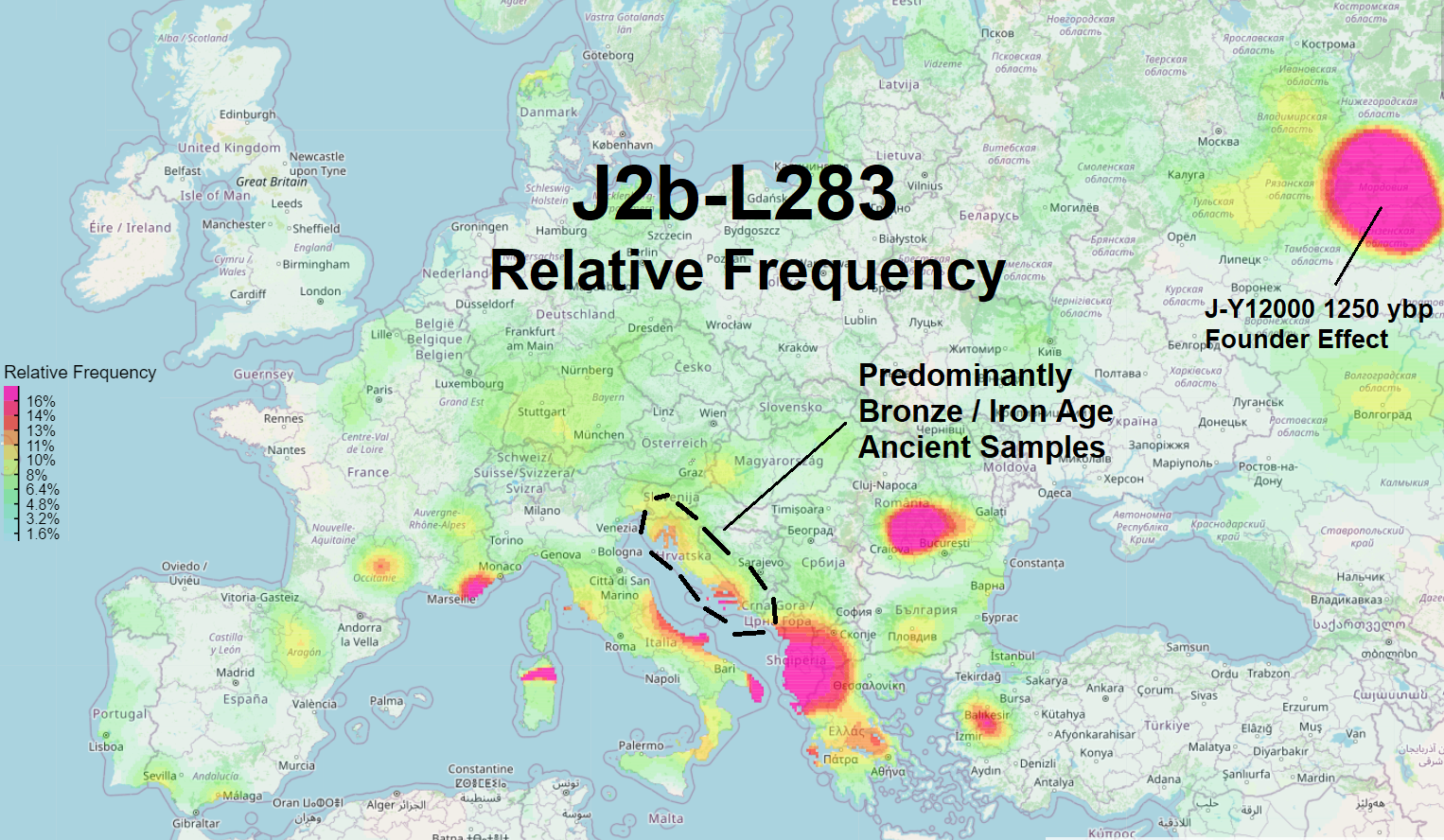 Note that the current implementation computes relative frequency including both ancient and modern samples: 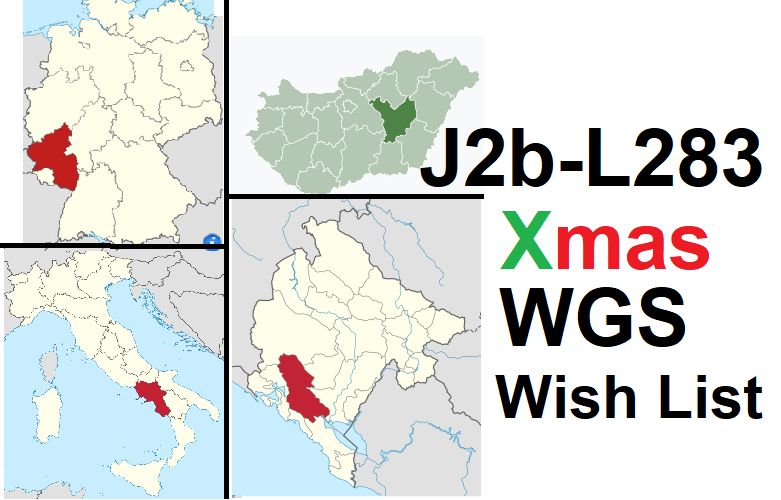 No hard proof yet but circumstantial evidence of our deeper geographic origins somewhere between the Caucasus and western Zagros Mountains raise the possibility of our J2b-L283 ancestors having been speakers of Indo-European languages prior to their migration to the Pannonian Plain and Balkans.

What is at least clear is that the now extinct Illyrian languages are considered to belong to the Indo-European language family, along with Albanian, and that J2b-L283 was one of the dominant haplogroups of the western Balkans and Pannonian Plain for parts of the Bronze and Iron Ages.

The Early to Middle Bronze Age Cetina culture closely fits the geographic distribution of many J2b-L283 lineages that appear to have originated in the western Balkans and have migrated to Italy, Sicily and the Ionian Sea region.

This paper is very accessible and describes the limited amount of information known so far about the wave / waves of Cetina culture migration emanating from the western Balkans so far deduced from analysis of potsherds:

The Cetina phenomenon across the Adriatic during the 2nd half of the 3rd millennium BC: new data and research perspectives (Gori, Recchia 2017)

All ancient samples from the Cetina culture published in the Southern Arc (Reich, Lazaridis 2022) are J2b-L283.

We may be looking for someone with your surname to test!