A few years ago the sibling lineage of J2b-M241 was discovered, known as J2b-Y167175, with the analysis of tests from men tracing descent to Aberdeenshire, Scotland and Asir, Saudi Arabia.

The MRCA (Most Recent Common Ancestor) of this lineage lived an estimated 5900 years ago, i.e. 3900 BC, slightly predating the Bronze Age.

Last year a Yemeni joined the Saudi sample in forming a new subclade, known as J2b-A25229. Their MRCA lived 2400 BC.

Because Yemen and Asir Province neighbor each other in the southern end of the Arabian Peninsula, it's likely that their MRCA was living there 2400 BC. It is however possible, absent ancient samples, that these two men's separate ancestors co-migrated there at a later date.

I cannot find a good online source of Bronze Age Yemen but I found this article which may be useful if anyone has access to it: Tracing prehistory in highland Yemen: contributions of the Dhamar Survey Project in light of new discoveries in Arabia.

Because the only other geolocated sample on the YFull tree is from Scotland, it is not clear where this lineage originated.

In version 9.01 there is a new sample on the YFull tree under J2b-Y167175. The analysis has not completed and he has not yet indicated geographic origin.

Additionally, in Sept 2020 I had identified a man tracing descent to Zaporozhian Cossacks in Ukraine (and his distant Polish relative) as a likely candidate to be J2b-Y167175 on the basis of his STR signature viewed through STR Match Finder (article).

For only $18 per SNP I was able to confirm that he was positive for Y167175 as predicted and negative for downstream South Arabian A25229 at YSEQ.

Now, to advance the research into the origin of J2b-Y167175, we would like to purchase a WGS 400 for this man and have his sample analyzed on the YFull tree.

Now we need an additional $219 to fund the test and analysis of the Zaporozhian Cossack descent sample.

If you would like to help us advance the research, please consider donating through paypal to the J2b(xL283) Research Fund.

Thanks so much to those who donate to advance the research into our common origins.

1.1 Bródnyks is a population of the lower Dnieper, the coast of the Sea of Azov, the lower Don and the Danube in the 12th and 13th centuries of East Slavic origin. Participated in the strife of n princes, Russo-Polovtsian and Russo-Tatar battles. First mentioned in the Ipatiev Chronicle in 1147. Some researchers consider them a prototype of the Cossacks, along with the Berladnyks.

Cossacks (including Zaporozhtsi) gradually appeared on the lands of Brodnyks who lived with the Cumans (at the Polovtsian fields) in the 15th century. Cossacks inhabit the territory of the Wild Field.

"The Wild Fields (Russian: Дикое Поле, romanized: Dikoye Polye, Ukrainian: Дике Поле, romanized: Dyke Pole, Polish: Dzikie pola, Lithuanian: Dykra, Latin: Loca deserta or Latin: campi deserti inhabitati, also translated as "the Wilderness") is a historical term used in the Polish–Lithuanian documents of the 16th to 18th centuries to refer to the Pontic steppe in the territory of present-day Ukraine, north of the Black Sea and Azov Sea. According to Ukrainian historian Vitaliy Shcherbak the term appeared sometime in the 15th century for territory between the Dniester and mid-Volga when colonization of the region by Zaporozhian Cossacks started. Shcherbak notes that the term's contemporaries, such as Michalo Lituanus, Blaise de Vigenère, and Józef Wereszczyński, wrote about the great natural riches of the steppes and the Dnieper basin"

This map shows the Cossack state formations of different management systems and organizations. Viisko Zaporozke Nyzove is one of the parts of the territory of Cossack Ukraine (in some periods an independent state, 1580-1775)

1.3 The language of the Cossacks was the steppe dialect of Ukraine (6), which originates from modern Cherkasy region (4).

The oldest recorded mention of the word «ukrain»a dates back to the year 1187. In connection with the death of the Volodymyr Hlibovych, the ruler of Principality of Pereyaslavl which was Kyïv's southern shield against the Wild Fields, the Hypatian Codex says "Oukraina groaned for him", ѡ нем же Оукраина много постона[5]o nem že Oukraina mnogo postona).

And although the Cossacks were many people of different nationalities (Scots, Dutch and others), but they were mostly Eastern Slavs by origin.

2.1 This map shows the distribution of the surname "Myrhorodskyi". The surname is found in both Orthodox and Jews. In my case, the surname is of Orthodox origin and has nothing to do with Jews. 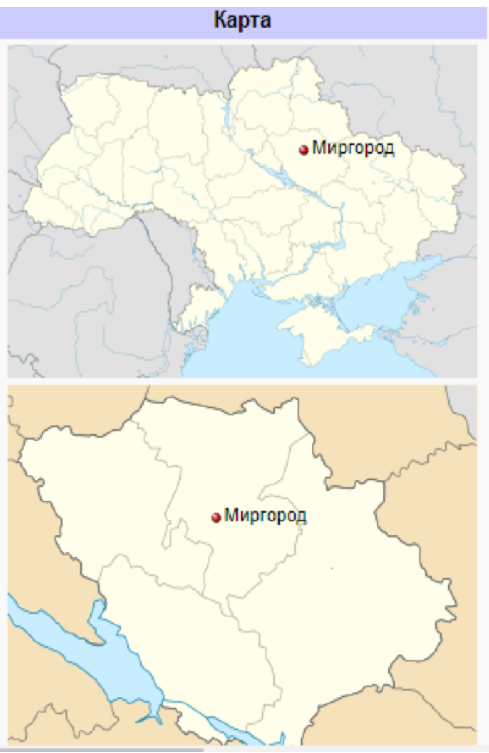 2.2 Myrhorod (Ukrainian: Ми́ргород) is a city in the Poltava Oblast (province) of central Ukraine. Serving as the administrative center of the Myrhorod Raion (district), the city itself is administratively incorporated as a city of oblast significance and does not belong to the raion. It is located on the Khorol River.

2.4 According to family legends, the ancestor named Myrhorodsky was a «kurins vataman» in the Sich during the reign of Ivan Sirko and seemed to be acquainted with him personally.

2.5 This time falls on the period of existence of the Chortomlyk Sich, which brought fame to Ivan Sirko (since 1663 he lived exclusively in the Chortomlyk Sich and was elected more than 15 times Kosh Ataman). During his time, Chortomlytska Sich became the military-political center of the Viisko Zaporozke Nyzove (Zaporozhian Lowland Army) It was this Sich that was at enmity with the Polish-Lithuanian Commonwealth, Muscovy, and the Crimean Khanate in alliance with the Ottoman Empire. Often the Sich had to fight against another in alliance with one enemy, because between the three empires it is difficult to build their own state and gain their own will. Also, it was Sirko in alliance with Mazepa, Charles XII who opposed Peter I.

2.6 According to Adrian Kashchenko: “The divisions of the Zaporozhian Army were called “kuren” (huts) because in the first days of the Sich's existence the Cossacks lived in huts. Those huts were long so that everyone could fit in several hundred companies, and they were covered with reeds, and on top of that with animal skins, so that it would be warmer in winter. Over time, instead of huts in the Sich began to build long houses for the society, 12-15 yards long each house, and although the Cossacks lived in houses from the beginning of the XVII century, but even those houses began to be called huts, because the Cossacks are accustomed to that names. "

2.7 Given the above, it can be concluded that the Viisko Zaporozke Nyzove or "Zaporozhtsi" or "Nyzovi Cherkasy" lived on the Dnieper from the territory of the modern city of Dnipro (formerly called "Polovitsa") down to the borders of the Crimean Khanate. Their capital changed its location over time, but was always called Sich.

3.1 Pedigree research continues. At the moment it is known that my ancestor Myrhorodskyi lived in the 17th century on Chortomlytska Sich1 and eventually moved to the Nenasytetskyi Porih (threshold of Nenasytets)2, where he settled until the 19th century (he owned a crossing on the territory of modern Vasylivka-Na-Dnipri3. He is Ukrainian by origin, spoke steppe-Cossack language. According to other legends, in addition to the «curen vataman», there was also a Military clerk4 among the Cossacks among my ancestors.

2 - Nenasytetskyi Porih - Dnieper threshold, which was in the middle of the hollow part of the Dnieper. The Cossacks called him Grandfather. It was the largest and most terrible of all the Dnieper rapids. Grandpa's noise was just 10 kilometers away, and in calm weather - 15-20 kilometers.

3 - Vasylivka-Na-Dnipri - village in Ukraine, in the Synelnykivskyi district of the Dnipropetrovsk region. The population was 369 at the 2001 census. The body of local self-government is Vasylivka Village Council.

4 - Military clerk («Viiskóvyi Pýsar») – The military clerk (clerk of «Kosh») was an elected official who was in charge of the entire chancellery of the Zaporizhzhya Sich in the 16th and 18th centuries.

3.2 Some information about this Sich: