Haplogroup C is prevalent in Central and Europe Asia. Some subclades are associated with the Mongol invasions of Genghis Khan or of the Khan himself.

Based on high diversity within Kazakhstan and China and a single branch within Europe, Y10420 would appear to fit the mold of such a Mongol invasion of Europe. Mongols did invade Poland and Slovakia, burning Krakow to the ground twice.

"The 1287–1288 campaign is commonly held to be the origin of Lajkonik, a folk figure and unofficial symbol of the city of Kraków." - The Third Mongol Invasion of Poland 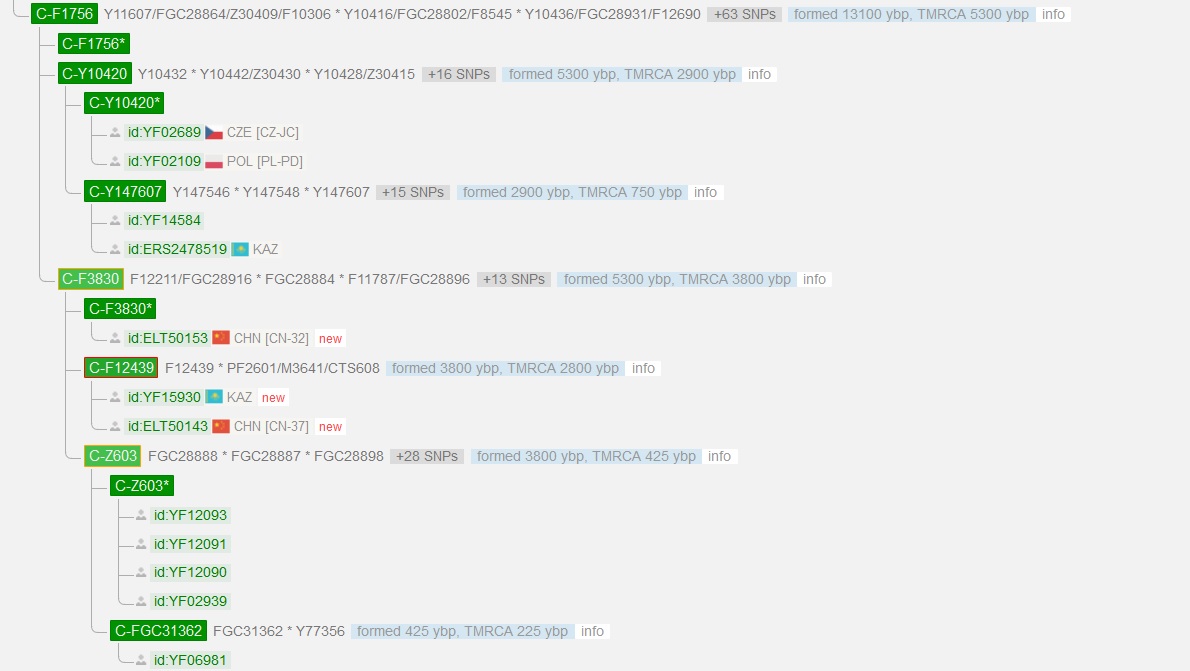 However the MRCA of these two men lived in 900 BC. So if these men's ancestor came with the Mongol invasions of the 13th Century, it would have to have been two men in the Mongol army whose common ancestor lived over 2000 years before the invasion and whose lineage subsequently died out in (or completely moved out of) Mongolia. Surely many related men joined the invasion and it is possible that this lineage then did go extinct in Asia.

Another explanation is that these men's MRCA was living near Czech / Poland in 900 BC. Since their cousin who seems to have remained in Kazakhstan also shares MRCA with them from 900 BC, this would have been the time of the invasion.

Is there any archaeological evidence for an invasion from the steppes to Eastern Europe in 900 BC?

The Cimmerians are a possibility. East Asian haplogroup Q has been found in Cimmerian DNA.

"The absence of East Asian mitochondrial lineages in the more eastern and older Srubnaya-Alakulskaya population suggests that the appearance of East Asian haplogroups in the steppe populations might be associated with the Iron Age nomads, starting with the Cimmerians. " - Ancient Genomes Suggest the Eastern Pontic Caspian Steppe as the Source of Western Iron Age Nomads