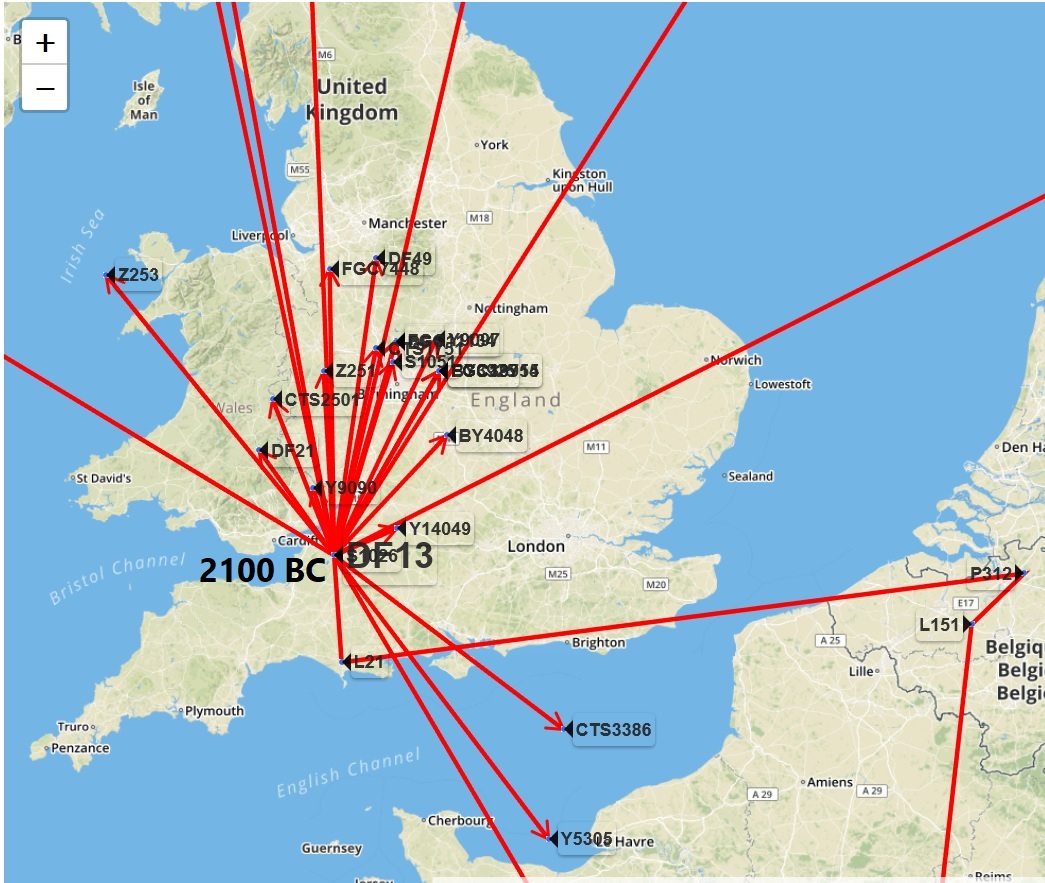 R-DF13 seems to have originated in England around 2100 BC.

So how did these men in R-Y17690, whose ancestors had been living in the British Isles since 2100 BC, get to Russia?

The Wikipedia article Scottish Russians contains too many families to mention here. Here is an informative example of the process of Russification for one group of mercenaries.

"During the Polish–Russian War (1605–18), a regiment originally under the command of William Grim and later under Captain (Rittmeister) Jacob Shaw was in the service of the Polish–Lithuanian Commonwealth. During the 1614 siege of the fortress of Bely the regiment switched sides, surrendered the fortress and joined Russia's military forces. It was raised in Scotland, and a company was raised in Ireland. The regiment participated in several Russo-Crimean Wars against the Crimean–Nogai raids. Beginning in 1626, foreign mercenaries were identified by their Russian names and (after converting to Orthodox Christianity) typically received land, serfs, money and clothing. "

Some of the living descendants are aware of their Scottish heritage through family oral history.

I was unable to find any other Russian R1b with likely origin in the British Isles. However I did find an English lineage of I1 with a Russian subclade whose estimated most recent common ancestor lived 1400 AD, close in time to the historical migrations described above.

They live in Altai Krai, on the border of Kazakhstan and not far from China.

If you know anything about these people, or are one of them yourself, feel free to comment.