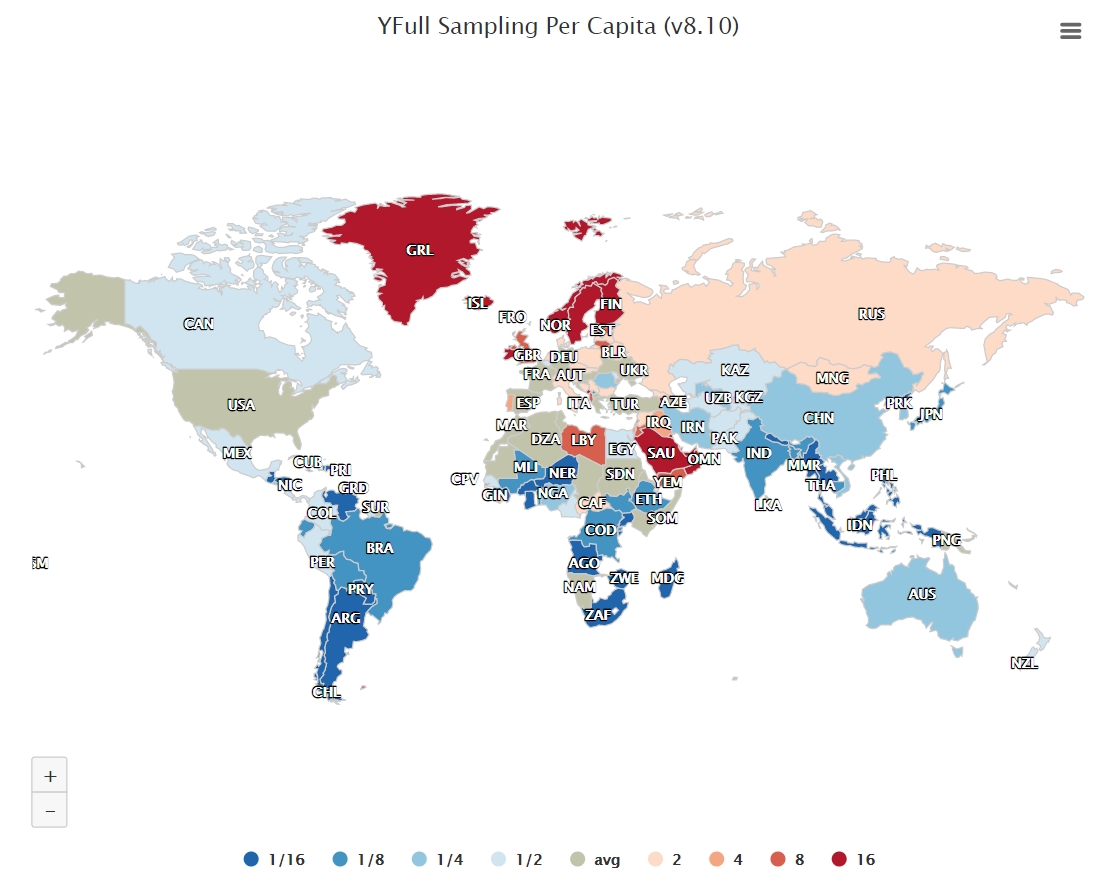 Deduplication of multiple samples from the same person

I've added logic so that in cases where multiple samples are from the same person, indicated by a tooltip when you hover over the 'i' on the YFull tree, only the first geolocated sample encountered will count toward the Y Heatmap and PhyloGeographer migration calculation.

Another very small improvement affects only the YFull regional sample rate map. I noticed today that United Arab Emirates was not represented in the map despite being a very well sampled country. The reason was due to a mismatch between three letter countries codes for the country - YFull uses "UAE" whereas the mapping library I am working with uses "ARE" as does the World Bank population data source I use.