I searched in haplogroup O for subclades that might indicate a migration of Tai peoples from Sipsongpanna/Xishuangbanna.

We assume, based on linguistics and shared cultural traits, that one group went along the Mekong bringing Lao languages while another entered northern Thailand with Thai languages. Other groups stayed in China, the Shan went to Myanmar, the Ahom went to India and others migrated to Vietnam, Cambodia and Malaysia.

On YFull as of 11/14/2018 there is a single Thai sample in O. It is subclade CTS5741 (below). While this migration does appear to come from China, the route shown is not reliable given the lack of diversity, few number of samples and the non-specific country level China geocode assigned to many of the samples. 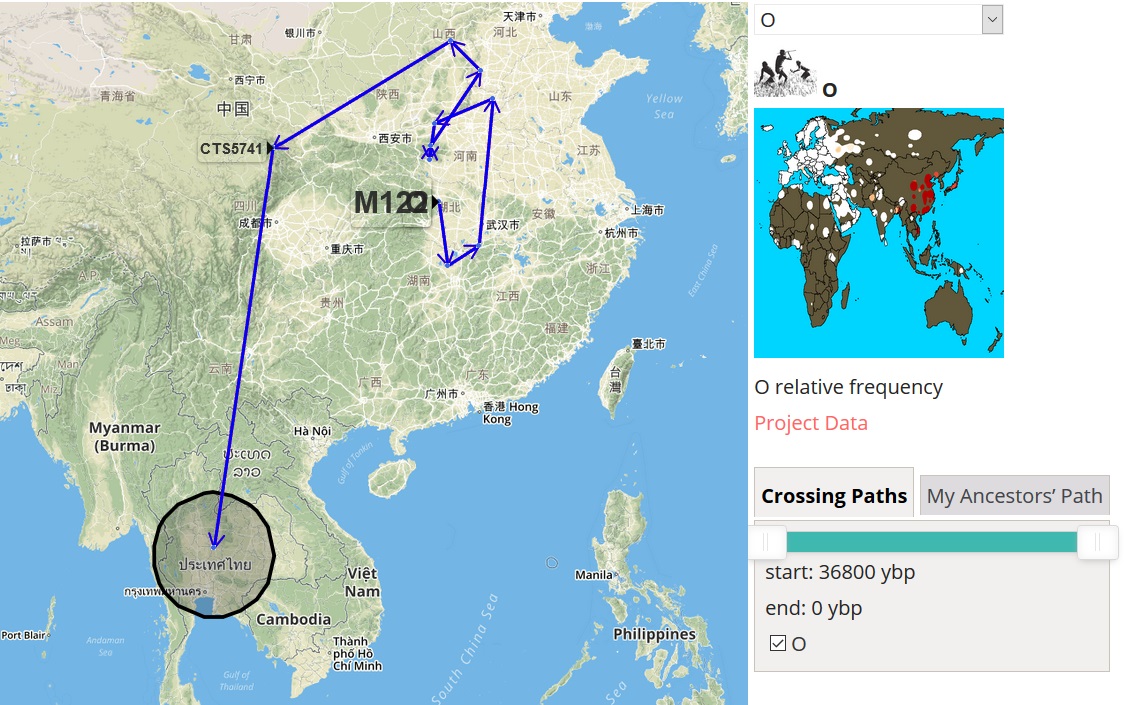 According to the 2017 study Y chromosomal evidence on the origin of northern Thai people, which sampled 500 people from northern Thailand, PK4 and M117 should also be found in Thailand.

It would be great to get these and additional Thai/Lao samples into YFull or otherwise into PhyloGeographer via the supplemental sample sheet for haplogroup O.

I have set up the Tai Peoples Y-DNA Group on YSEQ to raise money to fund Whole Genome Sequencing tests for Tai peoples. I will select individuals of possible ancient Tai descent, starting with Thai and Lao peoples.

If you know of individuals within Tai communities across Asia already known to possess markers associated with Tai peoples like PK4 and M117, or others I am not aware of, please contact me.