You can listen to me narrate on Spotify while you scroll through the heatmaps at the bottom of this page.

Y Heatmap is a relative frequency heatmap computed from samples on the YFull tree. That means it shows where, per capita, more or less people are positive for whatever haplogroup you look up, by entering the SNP.

Y Heatmap was developed by Thomas Krahn (YSEQ) and me, Hunter Provyn, with permission from YFull to use their geolocated samples.

If you want to use it or have a question about how to use it, please read the Usage section which is like an FAQ. For more technical information see the Methodology section.

While exact origins cannot usually be known for most lineages, researchers will often describe a lineage with a rough geographic descriptor - i.e. "North African". Sometimes they just mean this is where most people live now, but sometimes they mean that the ancestor likely lived there.

No one is an expert on every haplogroup.

So I have found it useful, when interpreting a heatmap, to compare it to heatmaps of other lineages which I already know more about, having looked at the geographic diversity of the earliest branches and where the oldest ancient samples were found.

It makes sense that lineages that have likely originated in the same or nearby region at around the same time may have experienced similar catastrophes or events / interactions that impact male line demographics and drive migrations to particular regions at particular times. This is because in any given place even within the same ethnic groups or states, there is some variation in male line haplogroups even if no one knows it and thinks of themselves as part of the same culture.

If you are trying to decide if a heatmap looks more indicative of one region than another, it helps to look at examples of better known haplogroups whose origin or at least distribution is better understood.

If your lineage is small but you know you are from a particular region you may find it interesting to look at the distribution of a more prolific lineage from the same region with the same age. You can get an idea of where your relatives who have not yet tested might be living.

The seed was planted for me when I asked the question, is a lineage in my haplogroup really Italian in origin? We do have an ancient Etruscan but we have older samples in the Balkans. After some digging I found a lineage that really was Italian, R1b-Z56, and it was interesting that this lineage doesn't have a single sample from the Balkans on the YFull tree. This reinforced what I already knew from the archaeological record, that western Balkan lineages as old as mine had a propensity to go to Italy.

Here I have assembled a collection of 20 haplogroups that I think show how groups that formed in different regions at different times have been able to spread. I'm sorry if I didn't include the region of interest to you.

This list is by no means exhaustive, consider it an initial overview that attempted to cover most of the geography. Check your haplogroup research forums / groups to see if others have shared heatmaps of more specific geography / ethnic groups you are interested in.

The information is presented in the following format: 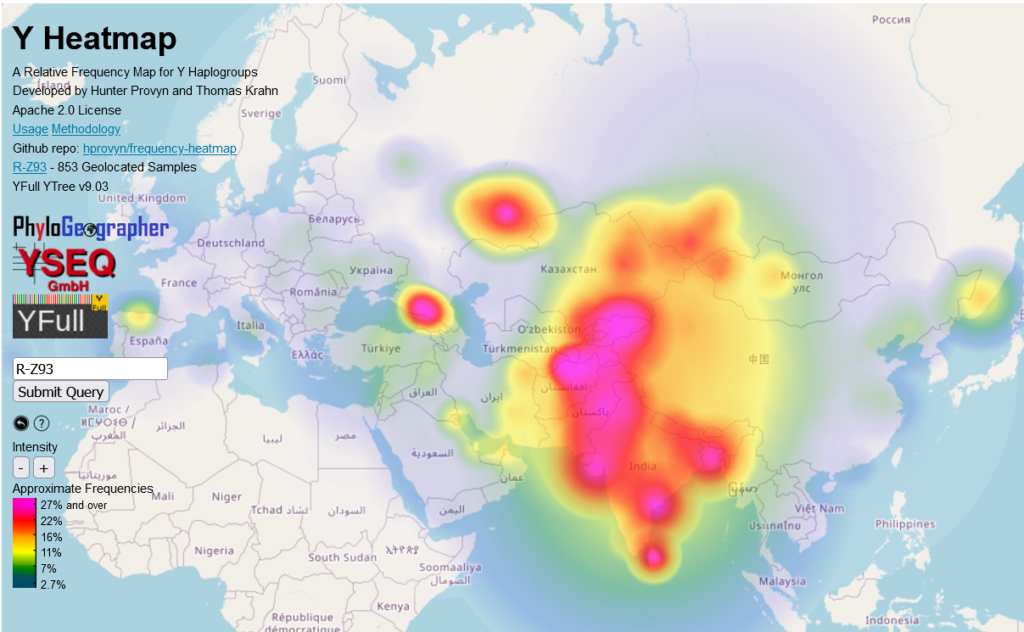 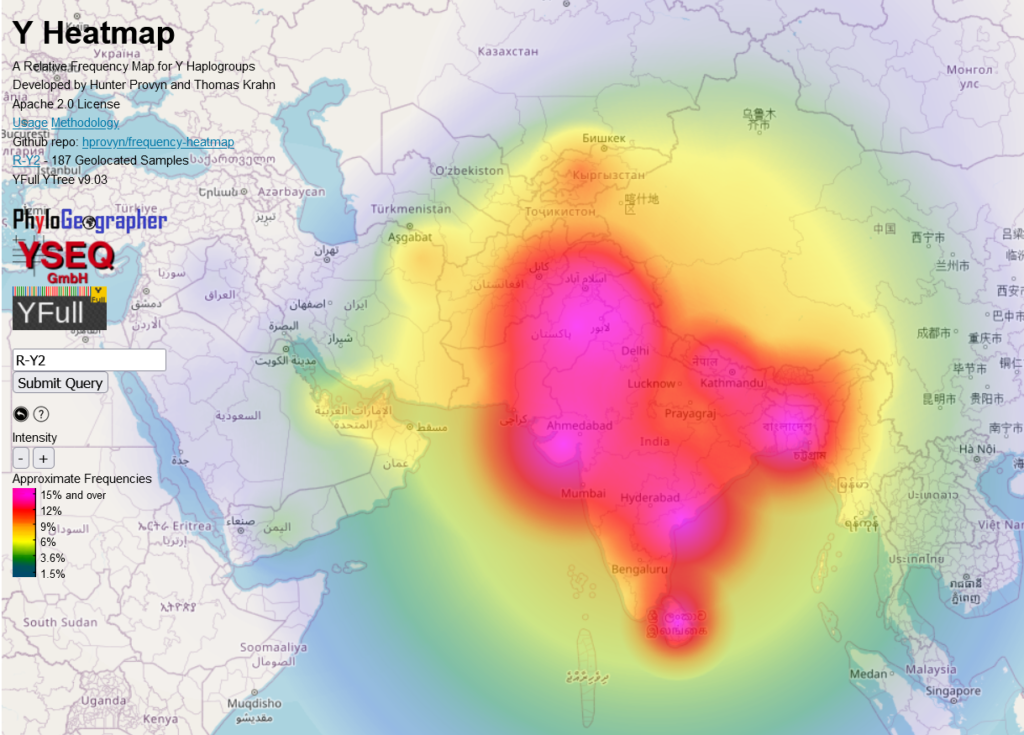 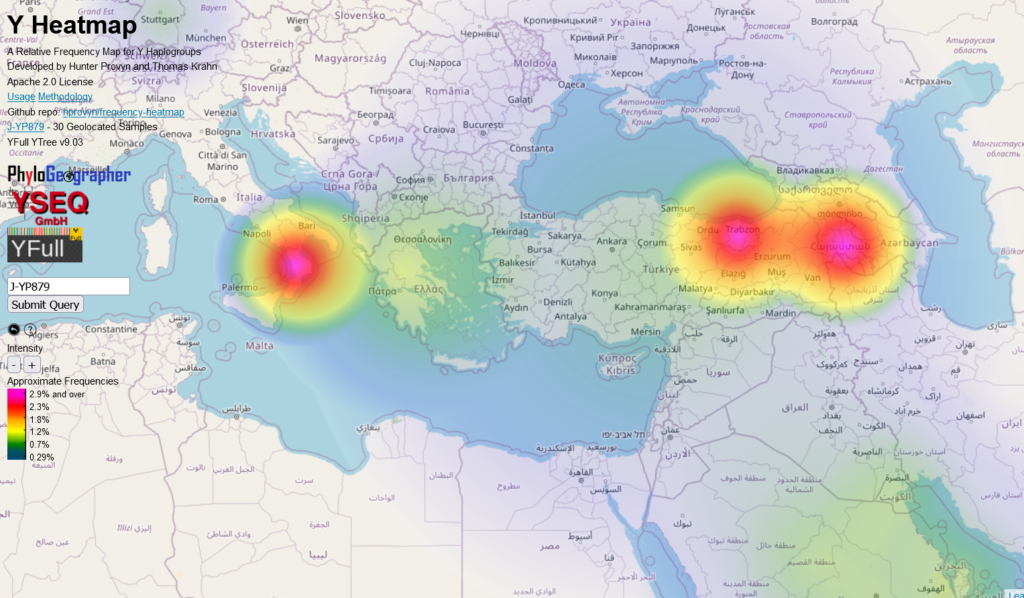 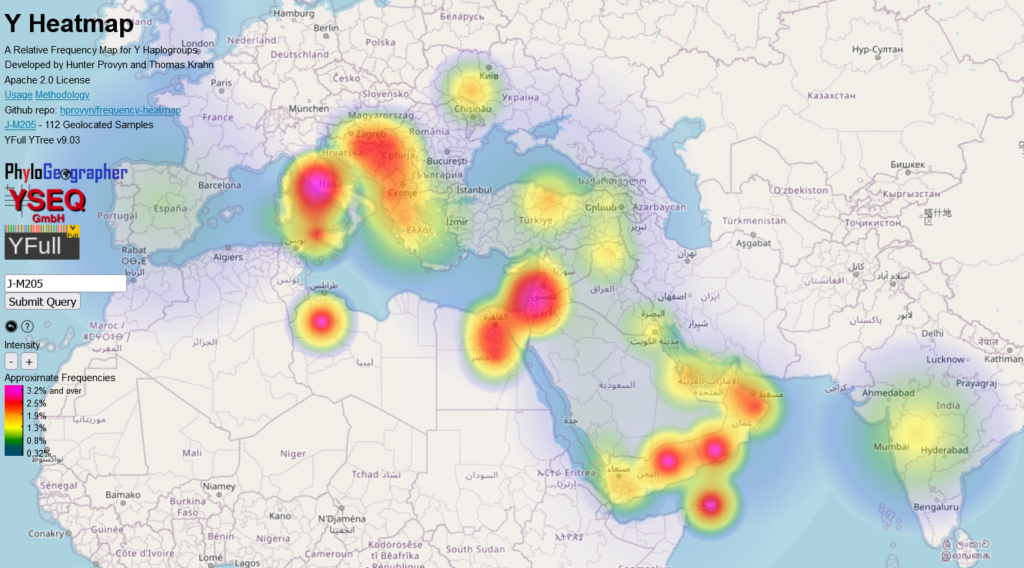 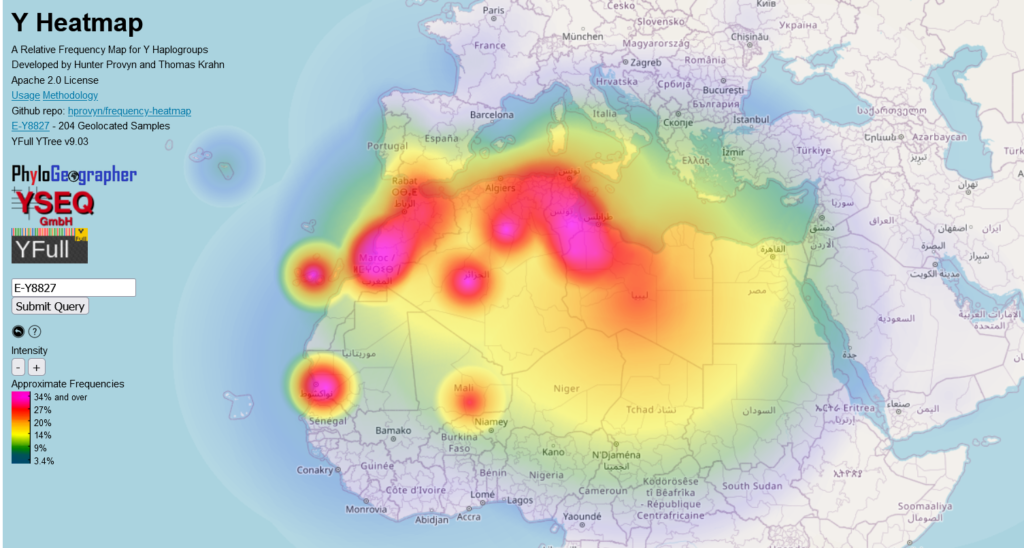 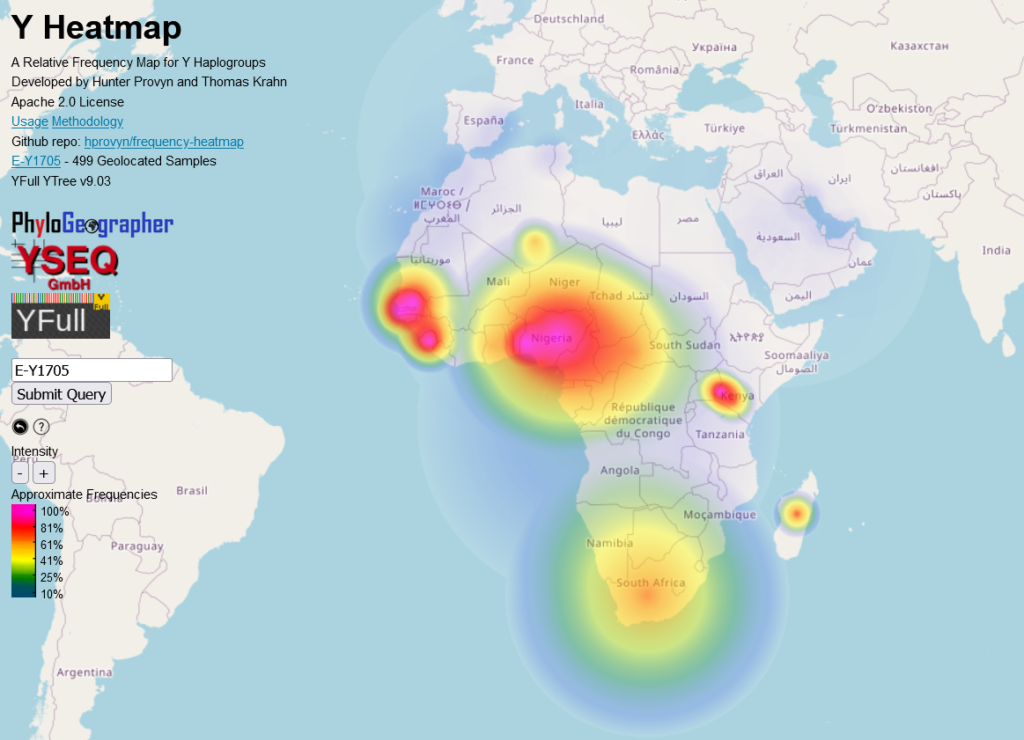 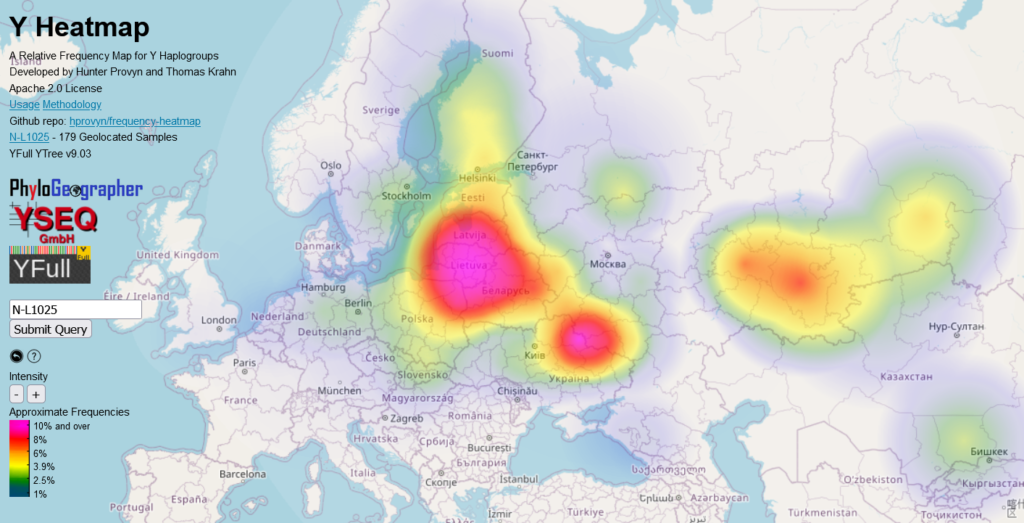 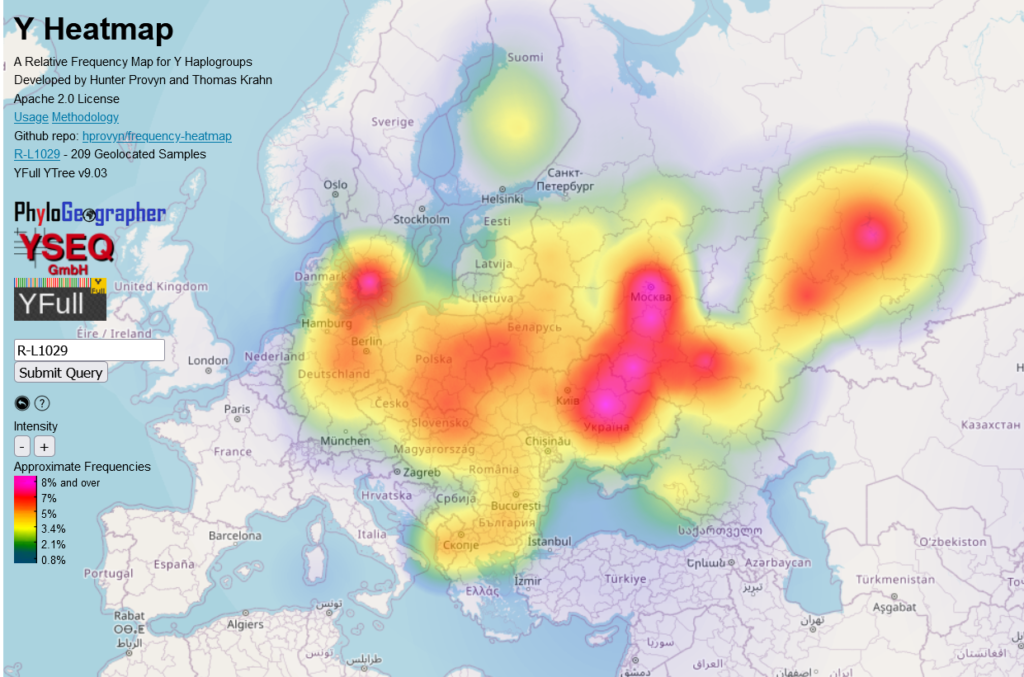 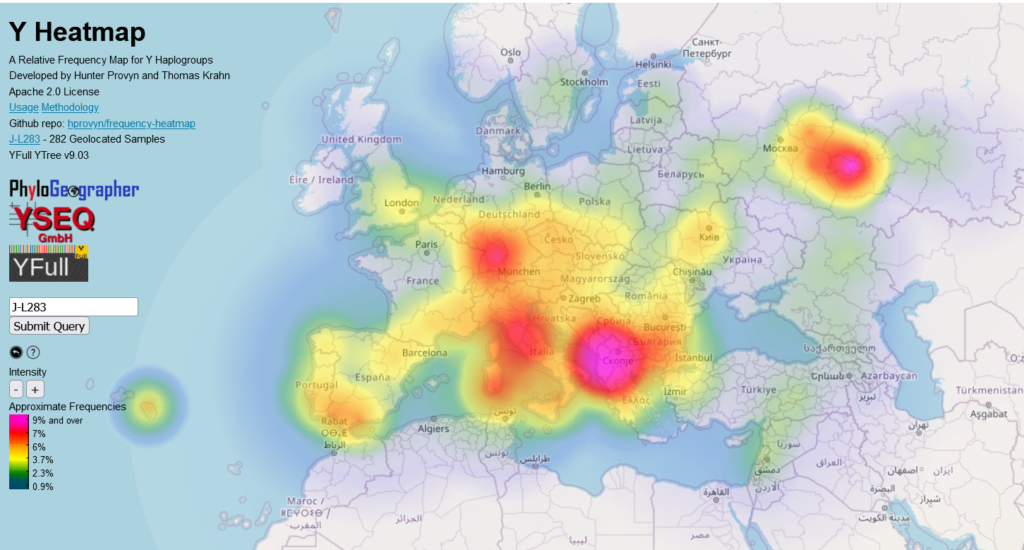 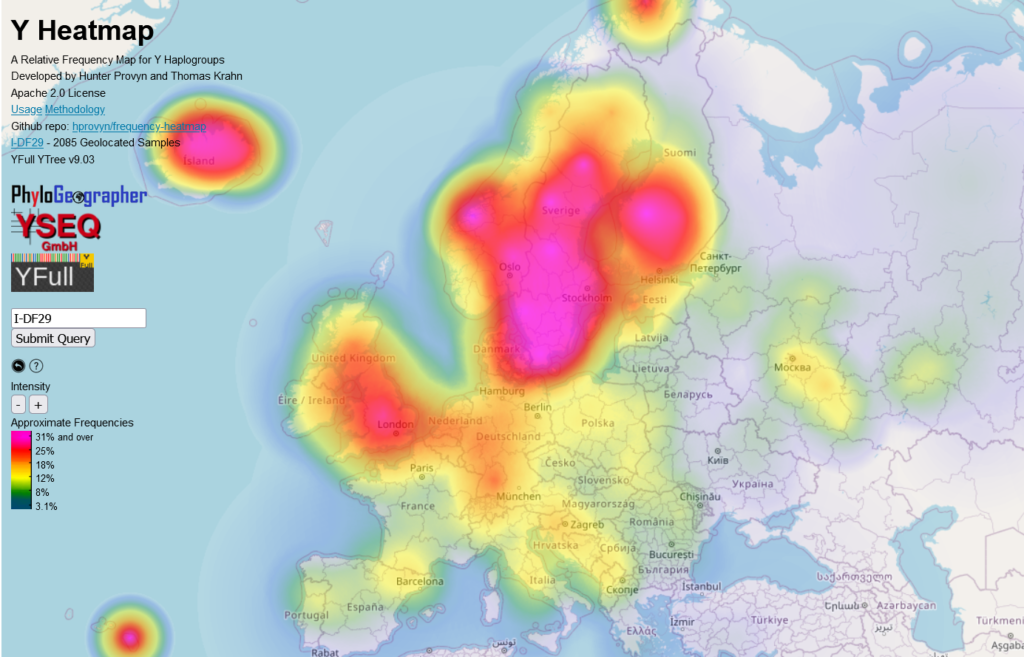 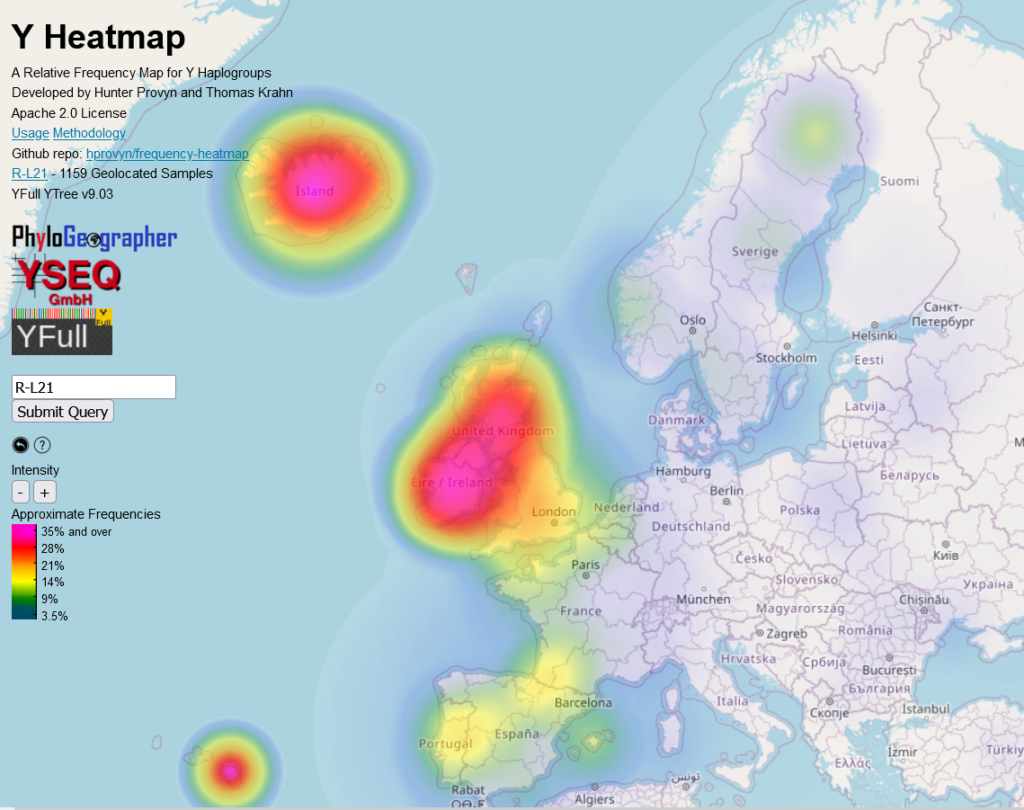 Due to sample filtering rules I have added for PhyloGeographer the heatmap frequencies displayed for a haplogroup indigenous to Australia or the Americas is inconsistent as compared against frequencies elsewhere. So I have omitted these regions from this list.