On Friday and Saturday Oct 11-12, 2019, the families four male line descendants of J-Z1043 met at Hochdorf an der Enz, near Stuttgart, Germany for the first ever Y-Haplogroup J-Z1043 Reunion.

While it is not known for certain, Z1043 may have lived in southern Germany or Czechia in 800 BC, based on the distribution of living descendants. This area was Celtic at the time. Two older articles I've written about this theory:

So I chose the location for the reunion to be site of a rich burial of a Celtic chieftain at Hochdorf an der Enz. He was the leader of the local tribe / tribes along the river Enz, a river which flows from the Black Forest into the Neckar. The source of the Enz is only a 43 km walk from the Rhein. So his wealth may have derived from having controlled an important corridor for the lucrative trade in items from the Mediterranean.

Friday evening we met for a reception and toast at the Gästehaus Adler. The innkeeper Brigitte very generously helped us with our logistics during the reunion. 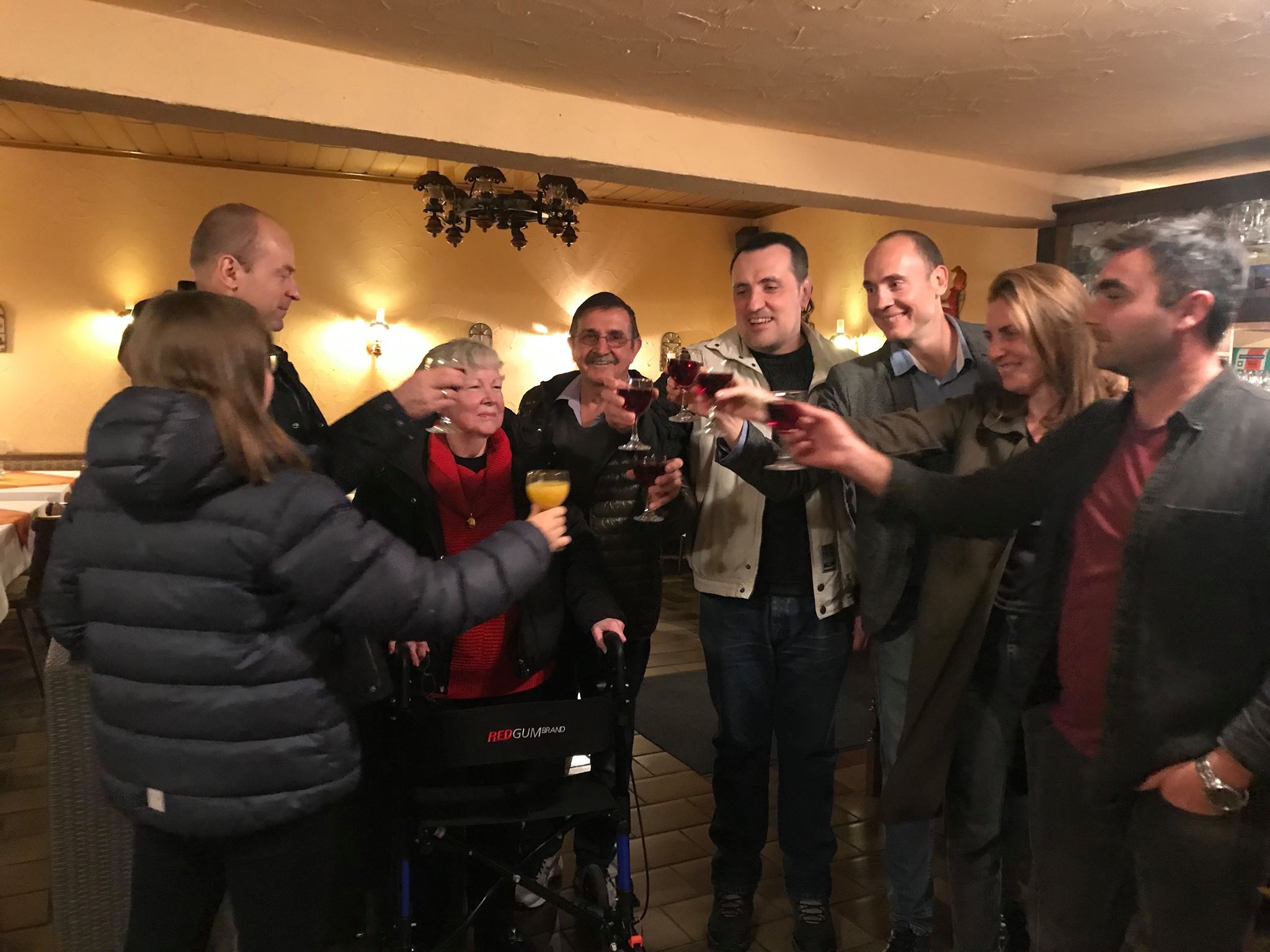 We then walked to the Hochdorf Chieftain's Grave to pay our respects. While a number of other burials in the area were known, the chieftain's mound was first discovered by an amateur archaeologist in 1968. By that time the mound had shrunk from 20 feet to only 3 feet high and was barely discernible.

To celebrate our meeting after having traveled vast distances, we feasted on traditional Swabian fare at Schonbuehlhof. 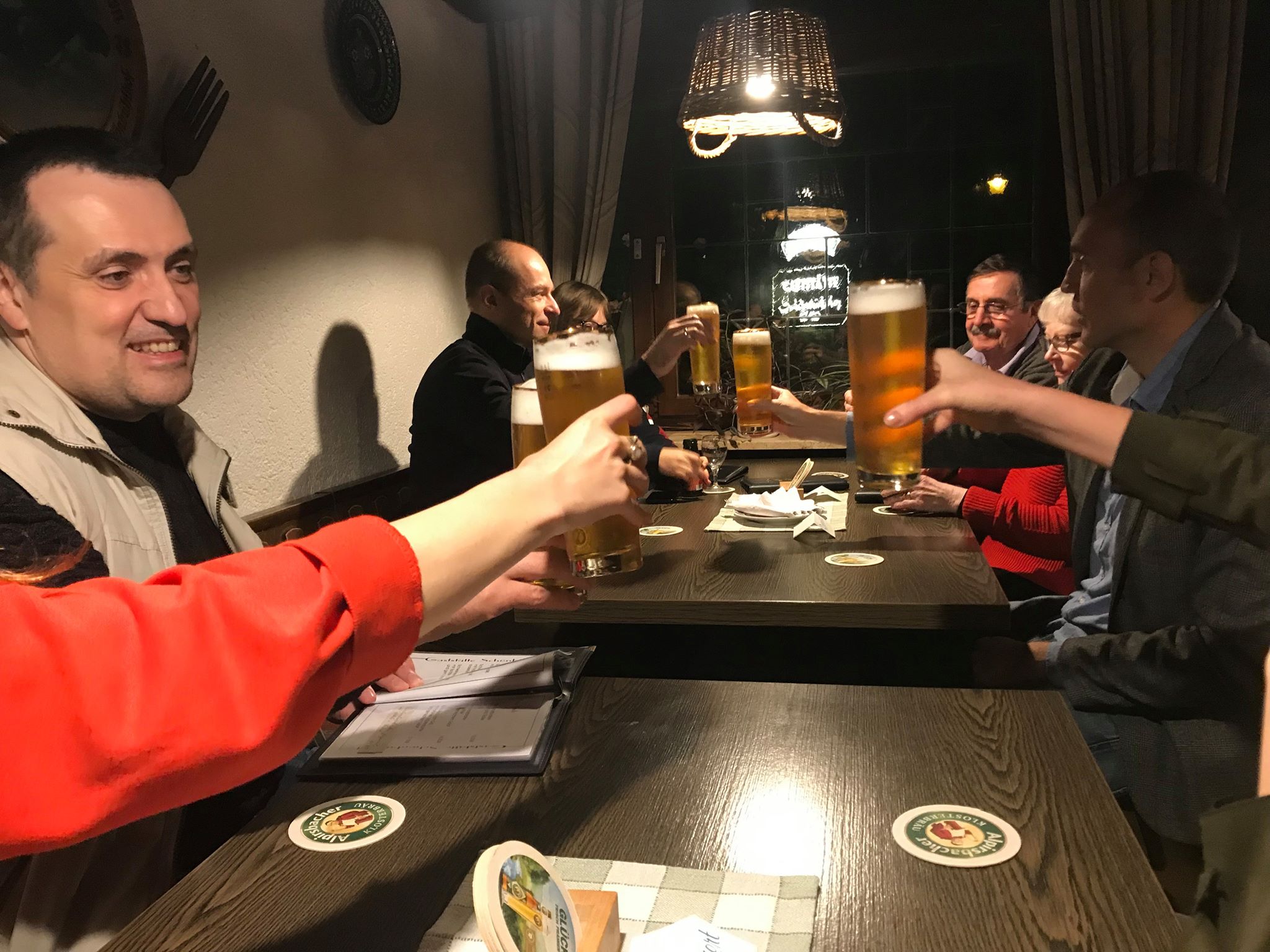 Saturday we had a guided tour of the museum by its director, Professor Dr Thomas Knopf of the University of Tuebingen. His field is early and prehistory, geology, paelontology and classical archaeology in Stuttgart, Erlangen und Tübingen. We could not have been more lucky to get such an expert to give us a first-hand account.

The entire contents of the burial chamber were crushed by tons of stone after the wooden beams supporting it rotted away. It took years of work to reassemble / reconstruct the precious items which had been crushed into pieces.

To top it off, we spent evening at the Cannstatter Volksfest (aka "Stuttgart Beer Festival").