Two men who match STRs and have ancestral surname Notarangelo will soon form their own new line below J2b-Z1043. 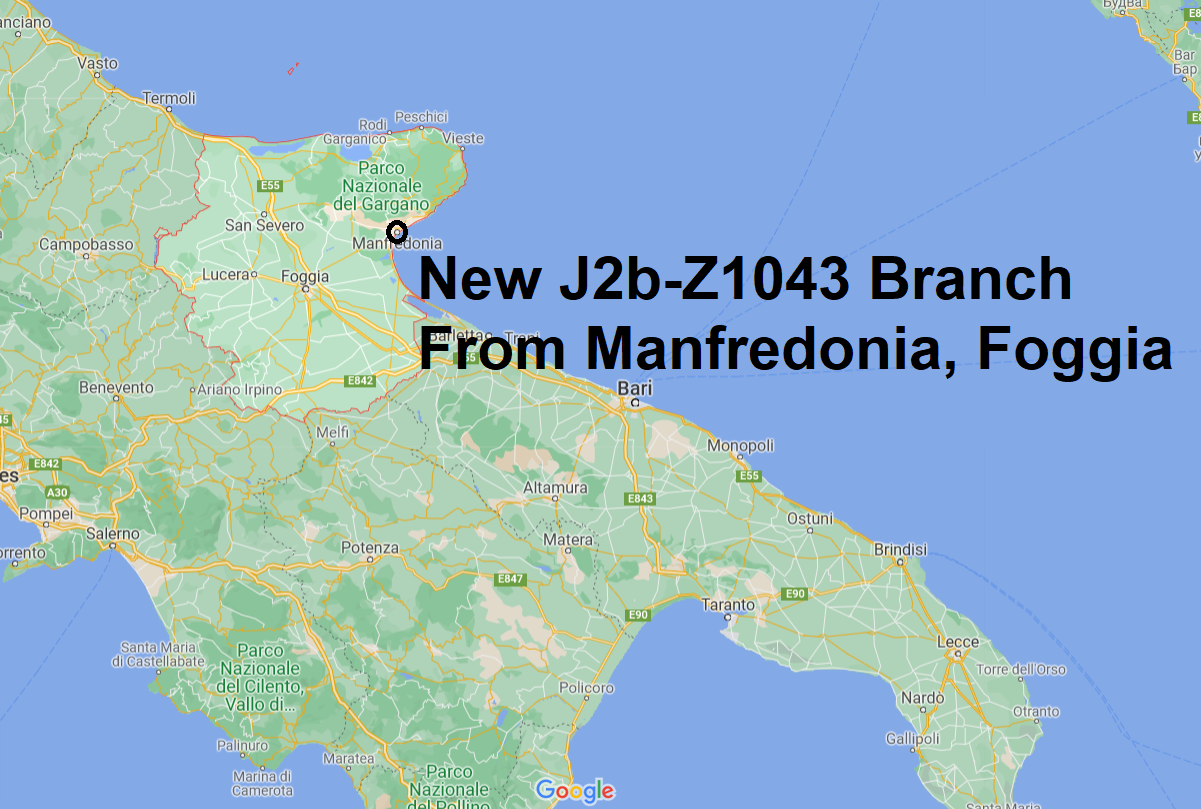 One of the men has recently tested with Nebula and is already on the YFull tree. He was not found to share any SNPs with any other man below J2b-Z1043.

The second man has recently ordered Big Y which has not yet completed.

The subset of 111 STRs that YFull was able to automatically extract from the WGS sample differ from the other man on only four STRs. So their most recent ancestor may have lived a few hundred years ago but it's not possible to reliably predict when. 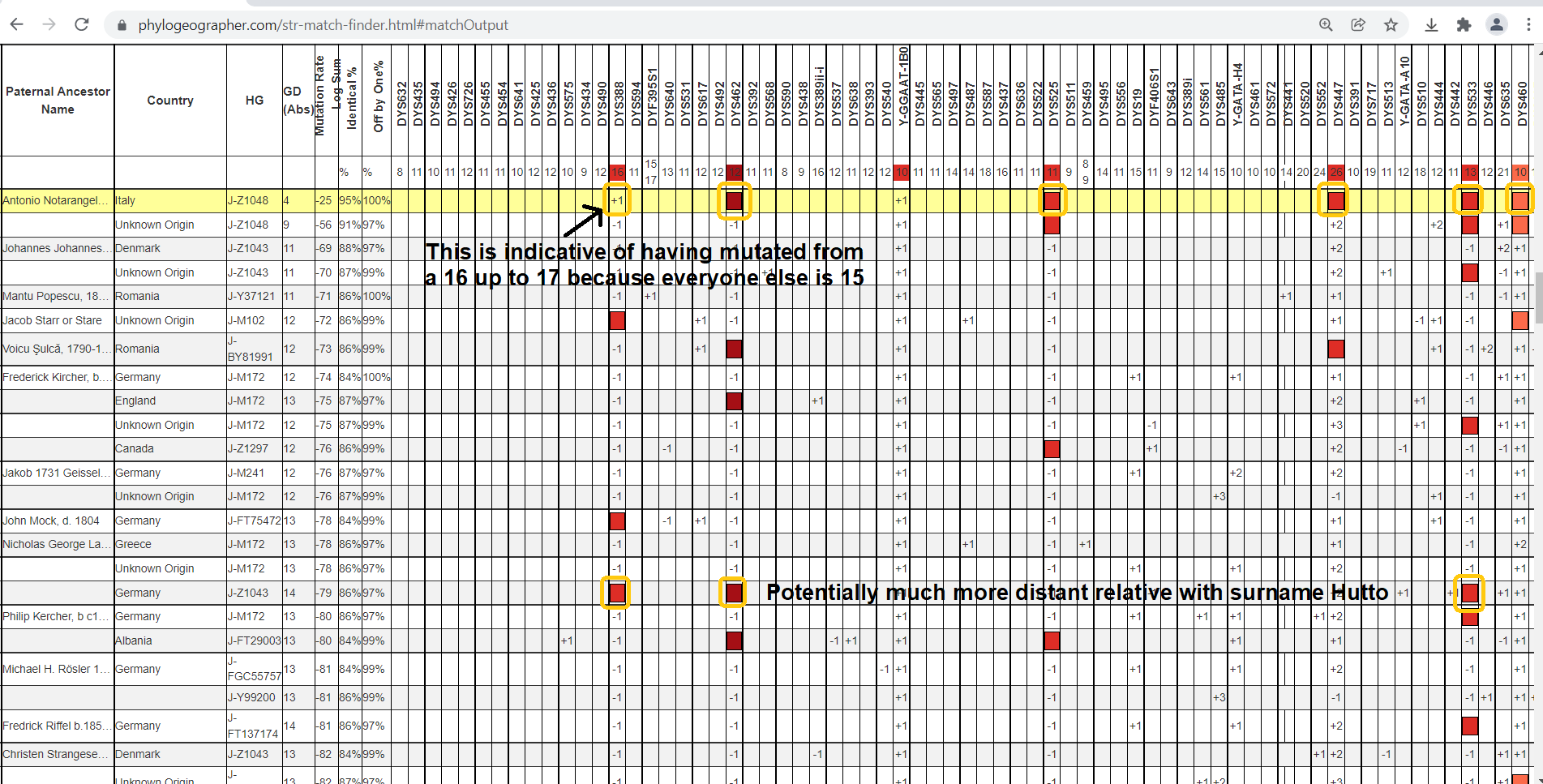 I can share an interesting quick lesson on STR rare allele comparison here.

So considering this, these men's ancestors actually inherited six rare alleles from their most recent common ancestor, two of which are very stable DYS388 = 16 and DYS462 = 12.

I found another man sharing these two most stable of their rare alleles, plus DYS533 = 13 which is less stable. Hopefully we'll be able to make contact with him and eventually confirm the relationship by SNP testing. He's indicated a paternal ancestor of Hutto and descent to Germany.

One of the Notarangelo men traces descent to Manfredonia, Foggia. This will be the first NGS-tested man from Foggia or even Apulia to be confirmed for J2b-Z1043. NGS test means Next Generation Sequencing and refers to tests like WGS or Big Y that attempt to test most of the SNPs of the Y chromosome at once.

So far on the YFull tree we have only four other samples in J2b-Z1043 from Italy, one from Messina, Sicily and three from Florence,  Tuscany.

I have many candidates in J-Z631/Z1043 from elsewhere in Italy, the western Balkans and Hungary that I would like upgrade to WGS400

If you are interested to advance this research you may donate to my research fund via paypal, please specify J-Z631/Z1043 in the comment.