It is not for certain whether J-Z1043 was a Celt or not. There has been no smoking gun of ancient DNA yet found that would prove it. The closeness in time and overlapping of space between the regions inhabited by Celtic tribes and the Roman domains are a challenge to interpreting the origin. 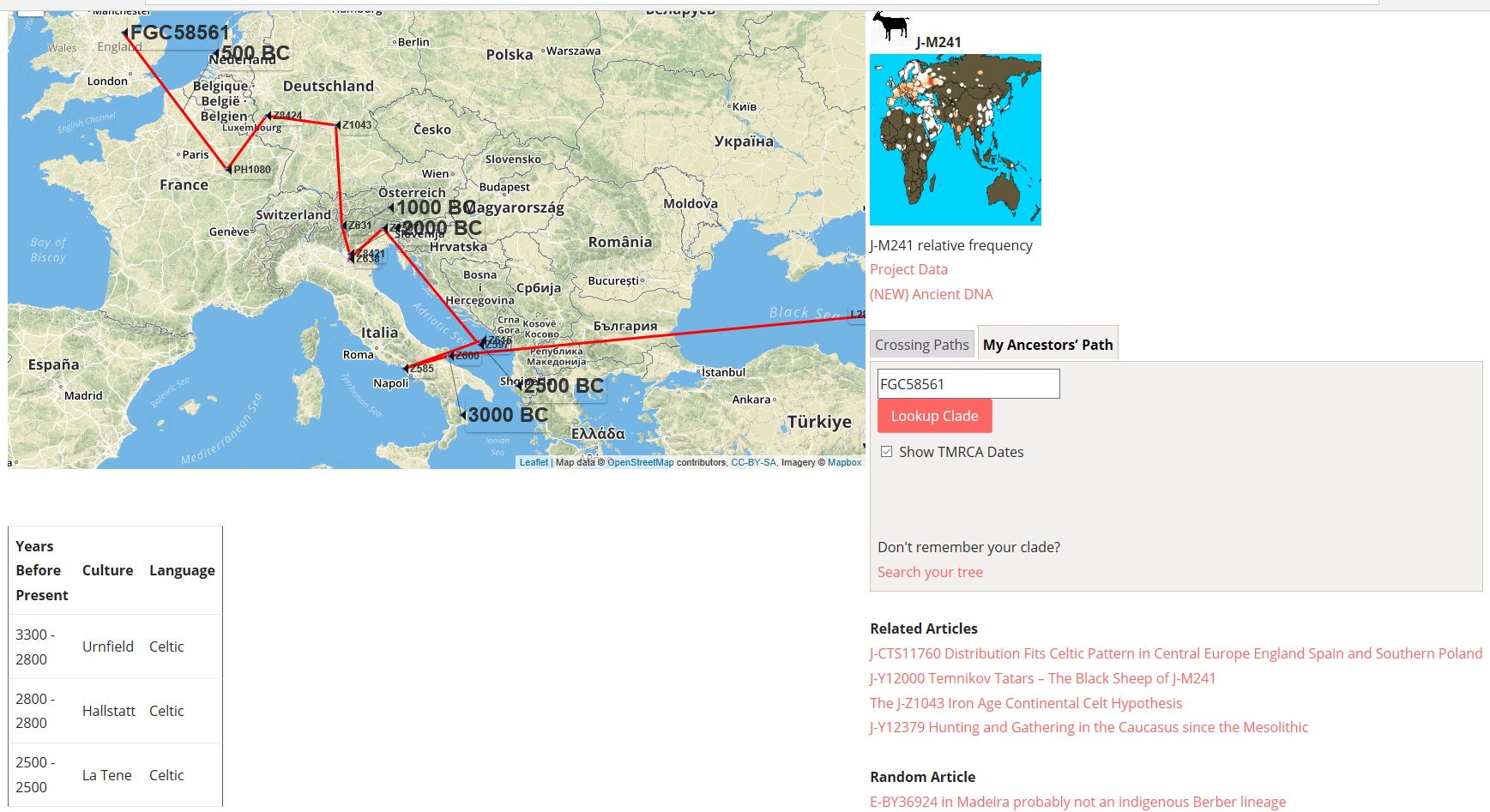 If Z1043 were a continental Celt, then it would follow that sons Z8424 and PH1080 were also Celts. As these lineages all formed 800 BC they can be interpreted as successive sons in a Celtic dynasty.

FGC58561 then underwent a bottleneck from 800 BC to 100 BC before diversifying in Belgium and the British Isles.

So far only a single Belgian sample has been found so we cannot yet establish how old the lineage may be in Belgium. We are waiting on additional tests to determine when the TMRCA of the numerous British lineages lived, which would put a lower bound on how far back in time the migration to England may have been.

Based on the small amount of information we have now - an English and Belgian modern sample with TMRCA 100 BC - perhaps the best explanation is that the ancestor FGC58561 was affiliated with the Belgae, a group of tribes mentioned by Julius Caesar known to have migrated to England before his expedition and as having entered into a military alliance against him.

Archaeological evidence (coins, chariots, burial practices), similarity in names of tribes corroborates Julius Caesars account that tribes of the Belgae had either migrated to or conquered or otherwise had influence over the coastal regions of southern England.

Very interesting is this line in the Wikipedia article on the Atrebates - "However it is possible that the Atrebates were a family of rulers (dynasty), as there is no evidence for a major migration from Belgium to Britain. "

Another Belgic tribe known to have had hegemony over the other Belgae and parts of England are the Suessiones under their king Diviciacus.