As a man of recent Belgian paternal ancestry, I was surprised when I saw in my matches a man descending from a Temnikov Tatar born in the 1500s.

Y12000 designates a lineage of men who separated from their now English, German and Czech siblings in 400 BC, went through a 1000 year bottleneck and emerged as two lineages around 700 AD, both of which became Temnikov Tatars. 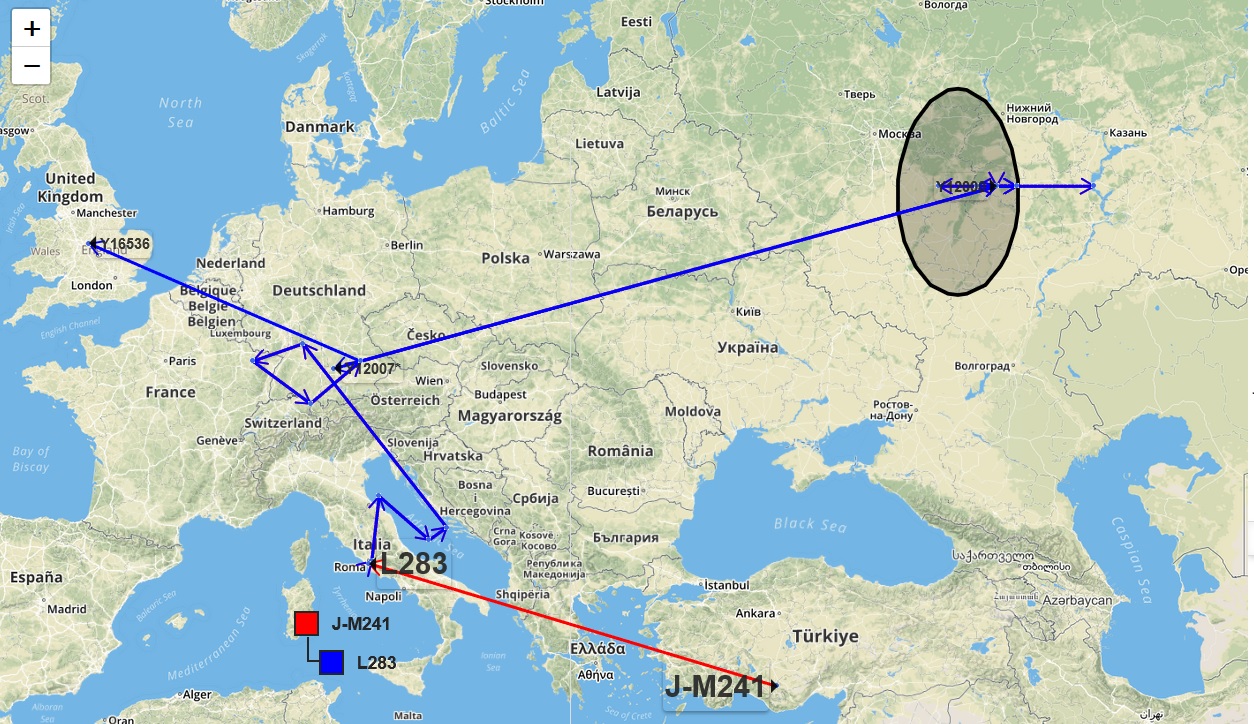 How these men became Tatars (and who they were and what they were doing in the meantime) is one of the most interesting puzzles in J-M241.

The discovery of their English brother clade, Y16536, is relatively recent. It shows us that their common ancestor Y12007 must have been living somewhere that would have enabled him to have descendants go in both directions.

PhyloGeographer has Y12007 as having formed in Bavaria as of 11/13/2018. This is somewhat speculative given the wide distance between the branches.

This puzzle will become clearer when the origins of the missing pieces of Y12007's siblings CTS11760 and Z39653 are better understood.

More DNA sampling of Eastern Central Europe and the Balkans could also be informative, as Temnikov Tatars may have had links to Old Great Bulgaria, a 7th Century state covering S Ukraine and SW Russia.