Haplogroup I-Y15473 appears to be the first of a succession of clades found in Iberia starting 3900 BC after a period of diversification in the British Isles. 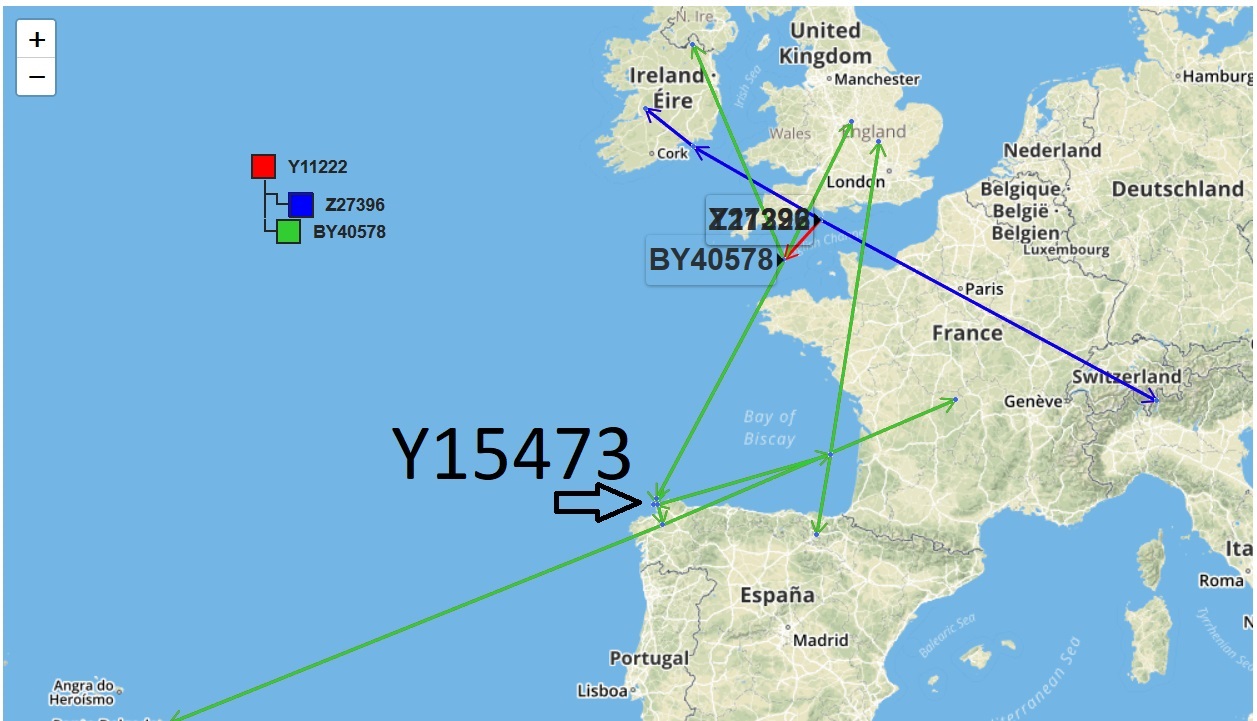 Could I-Y15473 be an example of Atlantic Megalithic Culture (along with perhaps agriculture) spreading from the British Isles to the northern coast of Iberia?

"The interior and the northern coastal areas (of Iberia) remain largely marginal in this process of spread of agriculture (Cardium Pottery Culture). In most cases it would only arrive in a very late phase or even already in the Chalcolithic age, together with Megalithism. " - Prehistoric Iberia

No descendants of Y15473 are then found again in the Isles until siblings Y14722 and Y19660, with TMRCA 1100 BC, which are both found in England/Ireland and the northern coast of Spain. Based on the TMRCA of Y19660 subclades, the move to Bedford, England would have occurred after 500 BC.

It will be interesting to see how further developments in these subclades can be interpreted within the framework of the Atlantic Bronze Age, highlighted in yellow on the map. It was a period of prolonged and intensive cultural and economic contact between the Altantic coasts of Ireland, England, France and Iberia.